How is urea produced in large scale ?

Modern large scale production of urea is based on synthesis from ammonia and carbon dioxide. This process (as originally suggested by Basaroff) was first translated into industrial scale production near 1920 by German chemists in I.G. Farben. The evolution of this original process has been driven by contributions from many countries, and its development continues around the world.

The reactions involved can be represented by the following equations:

The dehydration of carbamate into urea (reaction 2) never reaches completion. The yield of urea depends on many factors, such as the molar ratio of ammonia to carbon dioxide, the effect of water, reactor pressure, residence time, etc. Reaction 2 is an endothermic reaction; however, the quantity of heat absorbed is much smaller than the heat evolved in the formation of ammonium carbamate (reaction 1). The rate of the urea formation reaction increases rapidly above 160 °C, as can be seen in Figure 1.

The conversion of ammonium carbamate to urea does not go to completion (see Figure 1), so an additional process step is necessary for dissociation and recycle. All processes follow the same general principle: The raw materials carbon dioxide and ammonia enter the autoclave or reactor, sometimes as carbamate already, in which they (further) react and form urea. The reacted mixture then flows from the reactor into a series of dissociation and recycle process steps, operating at consequently lower pressures. In these decomposers the non-converted materials are decomposed and separated from the urea product in the solution. The urea solution is in condition to recover the final product urea. The unconverted ammonia and carbon dioxide recovered from the decomposers are typically recycled back to the reactor to reach complete conversion to urea; this is the principle of the so-called “total-recycle” process. The unconverted ammonia and carbon dioxide are typically recycled back to the reactor by dissolving them into water, forming a carbamate solution, and pumping this carbamate solution back to the reactor. In this way extra water is introduced to the reactor. 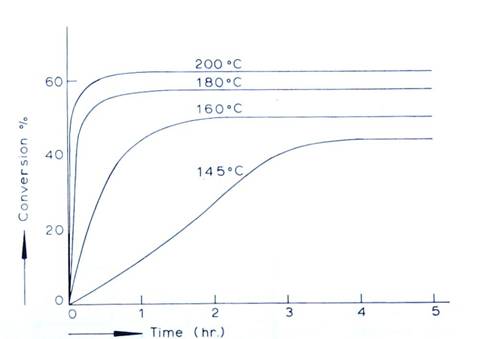 Figure 1: Conversion of ammonium carbamate to urea with time at different temperatures

Why is it necessary to minimize the water content in the carbamate recycle of a urea plant ?

A greater amount of water in the urea reactor results in a decrease of reactor conversion, as water “pushes” the chemical equilibrium of the overall reaction (reaction 3) to the left side. Figure 2 shows the influence of water (expressed as H/C ratio) on the conversion in the reactor (expressed as CO2 conversion). 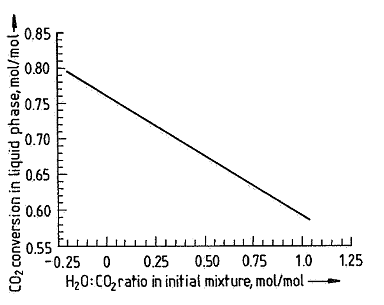 Figure 2: The influence of the H/C ratio on the CO2 conversion.

Achieving this balance is quite complex in practice. Ammonia, carbon dioxide and water can form different reaction products depending on their relative amounts, and each product has a different crystallization temperature. However, an operator’s data is typically limited to a lab analysis of the weight percentages of ammonia, carbon dioxide and water in the carbamate recycle stream. In this case the crystallization temperature level can only be estimated from the amount of water, which is obviously rather inaccurate. Furthermore, the operator needs to take care not to end up in a so-called “water recycle operation mode”, whereby the water recycle in the urea plant is continually increasing and eventually the plant load must be reduced drastically to get out of this mode.

For decades operators have had to resort to their experience in order to run this section of a urea plant smoothly. However, Virtual Materials Group and UreaKnowHow.com have recently joined forces and have been able to address the challenges involved in the prediction of the crystallization temperature of the carbamate recycle stream in a urea plant based on its composition. The results of these efforts will make an operator’s control of the water content in the carbamate recycle stream more effective, which will increase the reliability and efficiency of the urea plant.

What can an operator do to minimize the water content in the carbamate recycle stream ?

This graph is a digitalised version of Janecke phase diagrams and only the relevant composition area of carbamate recycle streams in urea plants are digitalised with high accuracy.

For most reliable temperature estimates, maintain concentrations within the following ranges:

These are the areas best covered by the Janecke plot and therefore the ones most accurately represented in the calculator's interpolation model.

This invention by Cook and Ivo Mavrovic describes the recycle of ammonia and carbon dioxide gas mixtures by means of an adiabatic axial or centrifugal compressor. The resulting gas stream has a high temperature and is quenched by means of liquid ammonia or gaseous carbon dioxide.

This patent describes an improved recirculation process which enables a better control of the water content in the recycled carbamate. This is achieved by introducing a flash step in the first recirculation stage.

This case takes place in one of the three Saipem urea plants with a design capacity of 2105 mtpd. The high pressure carbamate solution recycle pumps, P102A/B, are two stage centrifugal pumps manufactured by Sundstrand, USA. The two stages of the pumps are mounted in a back arrangement on each end of the high speed shaft rotating at 16000 rpm. The low speed shaft driven by 630 KW motor rotates at 3000 rpm These pumps have a history of damage particularly at 2nd stage since commissioning in 1982 (09 damages at Pump A and 05 at Pump B). In April 2007, P102A 2nd stage was damaged after seal flush failure. After overhauling, the pump performed normal up till April 2010 when it again damaged after seal flush failure. A multi disciplinary Task Force analyzed the sequence of events and concluded that the pump thrust increased due to low seal flush and a process upset. This caused rubbing of the impeller and dynamic rotors with stators. The Bentley Nevada 72000 system could not cause tripping of the pump due to a possible deflection in the gear box frame and mounting arrangement of the probes. Several recommendations were made to improve the reliability of these pumps.

Do you have a question ?

Search for most recently updated information on UreaKnowHow.com

VMG's products are backed by an extremely accomplished group of scientists and engineers, dedicated to provide timely and effective world-class solutions.

UreaKnowHow.com is an independent group of urea specialists with an impressive number of years experience in designing, maintaining and operating urea plants. UreaKnowHow.com’s mission is to support, facilitate and promote the exchange of technical information within the urea industry with the target to improve the performance and safety of urea plants.

UreaKnowHow.com is the world’s largest meeting point in the urea industry with engineers & managers from over 95% of all urea plants outside China.

Specify concentrations within the following ranges to get reliable temperature estimates:

For more information, read About the Calculator.